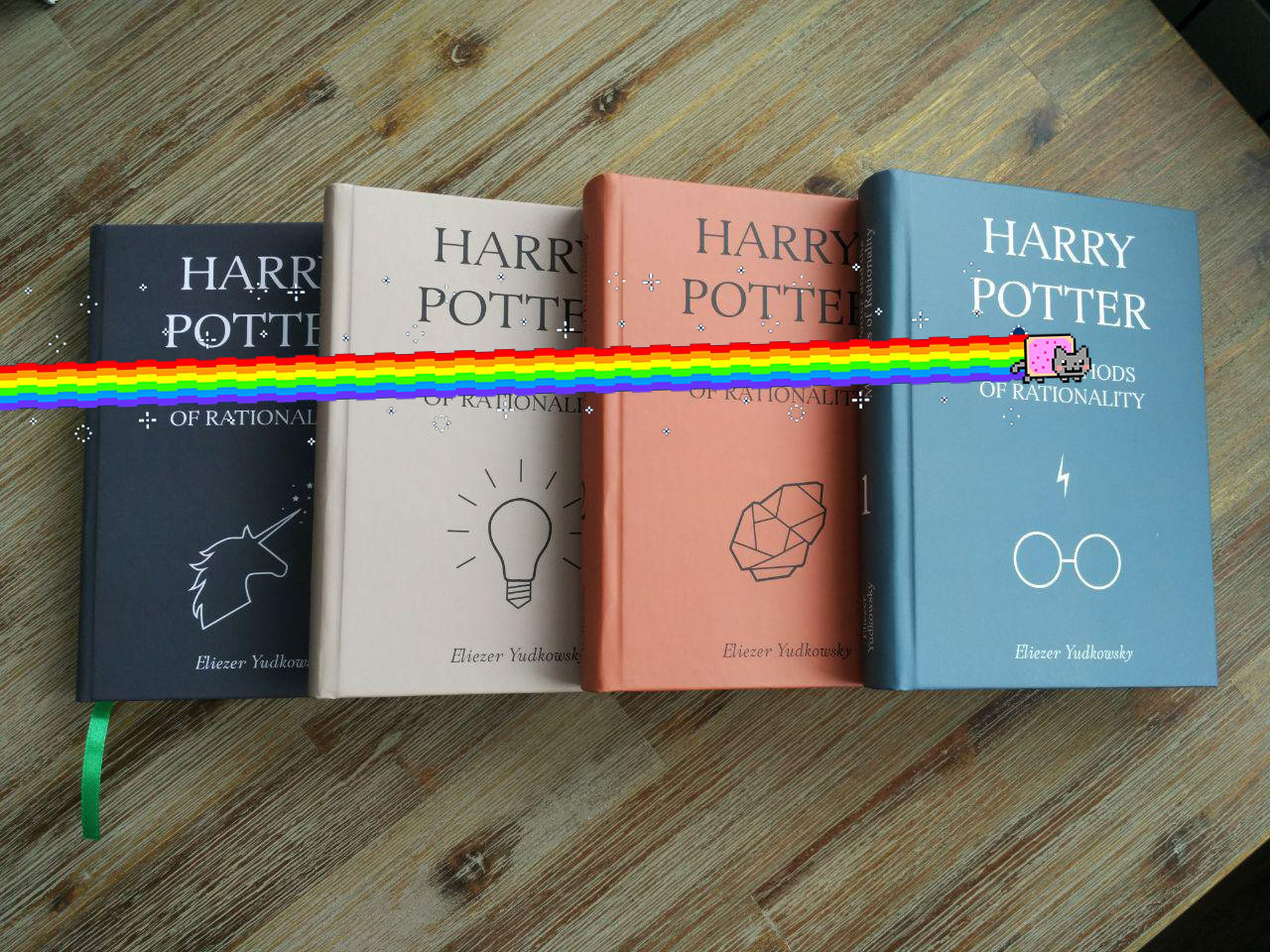 NOTE 03.01.2020: we had to adjust price due to mailing costs surge from the state postal authority.


This is Harry Potter and the Methods of Rationality hardcover book (4 volumes) in English.

“Something, somewhere, somewhen, must have happened differently...

HARRY JAMES POTTER-EVANS-VERRES grew up in a house filled to the brim with books. He once bit a math teacher who didn't know what a logarithm was. He's read Godel, Escher, Bach and Judgment Under Uncertainty: Heuristics and Biases and volume one of The Feynman Lectures on Physics. And despite what everyone who's met him seems to fear, he doesn't want to become the next Dark Lord. He was raised better than that. He wants to discover the laws of magic and become a god.

HERMIONE GRANGER is doing better than him in every class except broomstick riding.

DRACO MALFOY is exactly what you would expect an eleven-year-old boy to be like if Darth Vader were his doting father.

PROFESSOR QUIRRELL is living his lifelong dream of teaching Defense Against the Dark Arts, or as he prefers to call his class, Battle Magic. His students are all wondering what's going to go wrong with the Defense Professor this time.

DUMBLEDORE is either insane, or playing some vastly deeper game which involved setting fire to a chicken.

DEPUTY HEADMISTRESS MINERVA MCGONAGALL needs to go off somewhere private and scream for a while.

HARRY POTTER AND THE METHODS OF RATIONALITY

You ain't guessin' where this one's going.”

"Just wanted to let you know that the books arrived today and they are BEAUTIFUL!
Definitely worth the wait. Thank you again for keeping us up to date throughout the process. They will be enjoyed for many years to come :)"
- V. and N., U.K.

Save this product for later